AMD has made the source code of FidelityFX Super Resolution open source and published it on GPUOpen. At the same time, the supersampling technology has become available in preview versions of Unreal Engine and Unity. 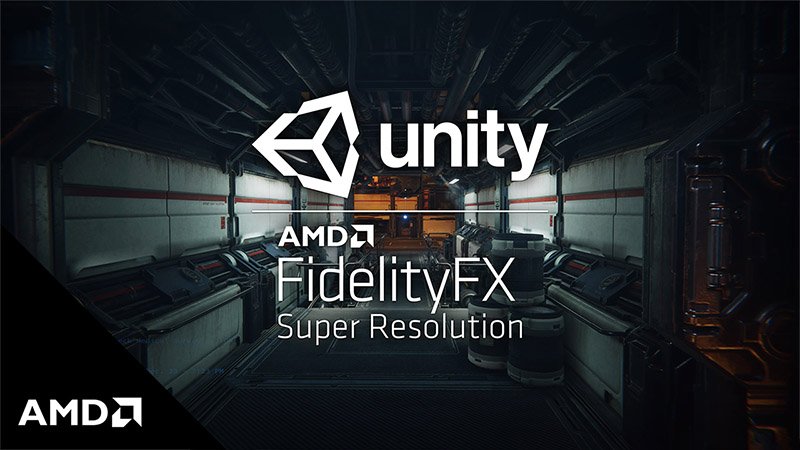 AMD makes this known on its GPUOpen website , where the company publishes open source software. AMD has announced that FSR is available in the most recent preview version of the Unreal Engine from Epic Games. The company is also releasing an FSR patch for Unreal Engine 4.26, which will be available to registered Unreal Engine developers with access to the GitHub repo. In practice, this means that developers who make games with Unreal Engine can easily add support for FSR to their games.

Popular game engine Unity also gets support for AMD’s supersampling technology. In a blog post, Unity announced that FSR will be available in a beta version of Unity 2021.2 HDRP . The feature will be added ‘soon’ to Unity 2021.2b. Developers can add support for FSR to their Unity games in these previews. Unity is used by several popular games, including Hollow Knight, Cuphead, Outer Wilds, Ori and the Will of the Wisps, and Escape From Tarkov. The latter recently received support for Nvidia’s DLSS technology.

FidelityFX Super Resolution is AMD’s answer to Nvidia’s DLSS technology. The feature is intended to increase the frame rate of games. The function achieves this by rendering games at a lower resolution, and then upscaling this resolution. As with Nvidia’s DLSS technology, games must be modified by developers to take advantage of FSR. With the integration into Unreal Engine and Unity, this should become considerably easier for developers who use those engines in the future.

FidelityFX doesn’t just work on AMD video cards; the technology should also work on Nvidia video cards, although AMD is not responsible for its support. AMD previously demonstrated the rendering technique with an Nvidia GeForce GTX 1060. Intel is also considering supporting FSR.