The US military has signed a contract with pureLifi, whereby the Scottish company will supply the military with thousands of Li-Fi devices. The army will use the devices to send data within ‘tactical and strategic environments’.

PureLiFi will provide the military with Kitefin devices , which consist of Tactical LiFi Access Points for rapid deployment in difficult environments and Office LiFi Access Points for office environments. The Tactical version is ruggedised and waterproof. This uses one cable for both power and data and is hung with two hooks. The office version is intended for more permanent situations. The Li-Fi signals can be received with pureLiFi’s LiFi-XC dongle . This USB dongle supports Windows 7, 10, Linux and macOS and both upload and download speeds of up to 42Mbit / s.

PureLiFi does not report how many Kitefin devices are being delivered, just that it is ‘thousands’. These are supplied to the European and African branches of the US military. PureLiFi claims it is the first large-scale deployment of Li-Fi devices and says it is a follow-up to a pilot with the US military that started in 2019. The first Kitefin devices will be delivered this spring and as part of the contract, the military is investing around € 4.84 million in pureLiFi. 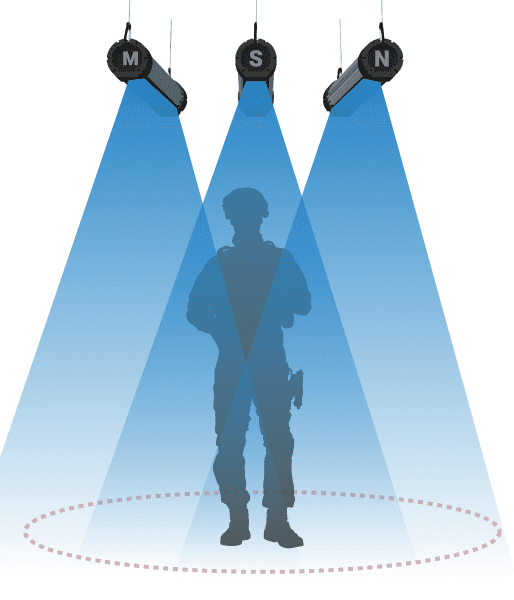 The military will mainly use the Li-Fi devices to replace radio wave connections such as Bluetooth and Wi-Fi, pureLiFi says. The advantage of lifi would be that it is more difficult to detect and receive than radio wave signals. The Kitefin-lifi devices only send the lifi signals in certain cones and would not be detectable outside of them. In addition, the Tactical Kitefin devices are easier and faster to move than Wi-Fi and Bluetooth devices, pureLiFi claims.