In a demo video, phone manufacturer Motorola showed a new version of a wireless charger that can charge four devices simultaneously at a distance of up to three meters, including through objects. It is the brand’s second-generation over-the-air charger. 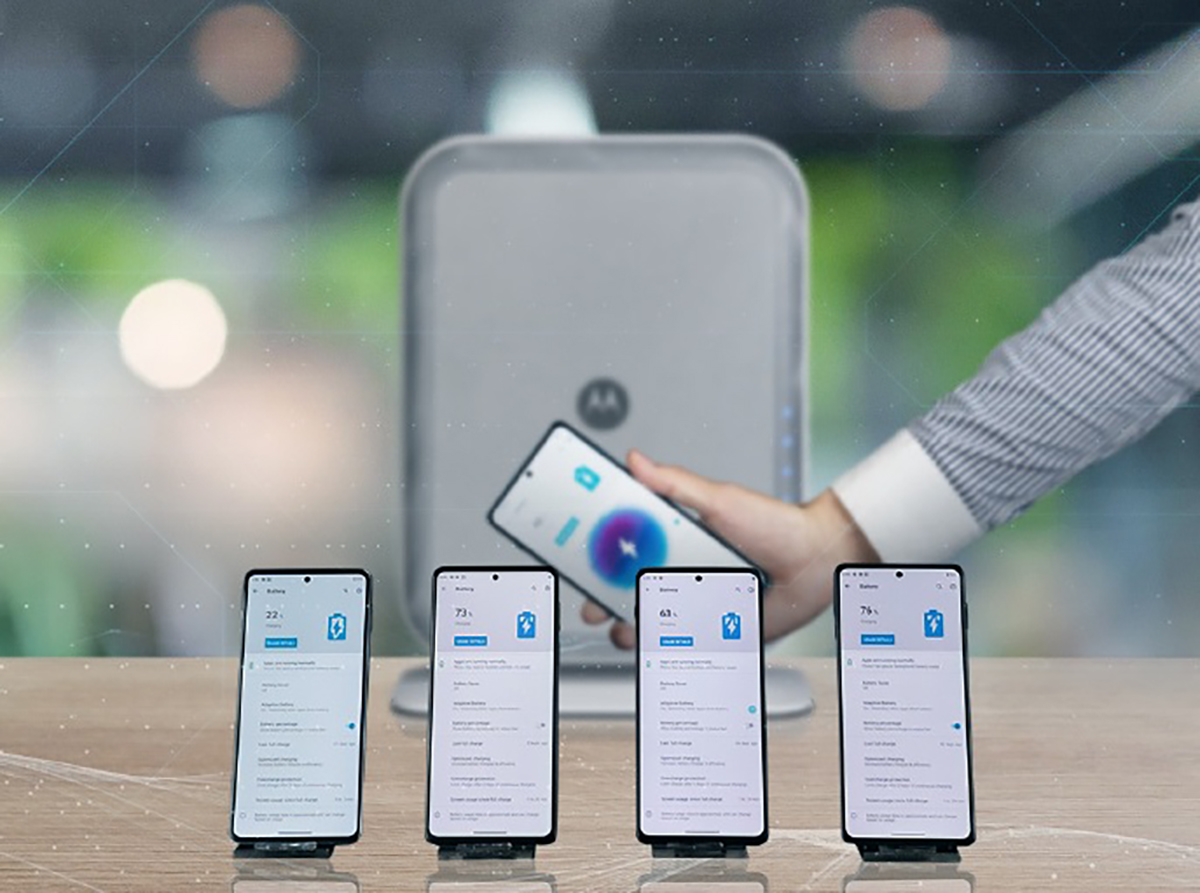 In the video, shared by Motorola on Weibo , and picked up by XDA Developers , the brand shows off a charging station that can charge up to four phones remotely at the same time. The charger does not use the usual Qi wireless standard, which has a range of up to 4 centimeters. According to Motorola, the charger can charge devices up to three meters away, at an angle of one hundred degrees, even if there is an object in the way, such as a sheet of paper in the demo.

At the beginning of this year, Motorola already showed a charging station that was able to charge phones up to a meter away. This charger stopped charging when there was an obstacle between the charger and the phone. Compared to January, Motorola has therefore managed to remedy a number of limitations. The charger charges phones using a series of 1,600 antennas and is significantly larger than the version Motorola showed in January.

Motorola isn’t alone in working on over-the-air chargers. In January, Xiaomi introduced its Mi Air Charge technology . This allows devices with a power of 5W to be charged at a distance of a few meters. The charger sends a signal via beamforming with 144 antennas to the smartphone via millimeter waves. Receiver antennas in the smartphone convert this signal into electricity.

In addition, phone manufacturer OPPO is also working on what it calls OPPO Air. That charger could charge up to a maximum of 7.5W at a short distance. It is not yet known when this technology will be released on the market.