Qualcomm will supply chips and socs for more than half a billion phones with 5G this year, the company said in the presentation of its quarterly results. It is estimated that this concerns 500 to 550 million mobile phones. 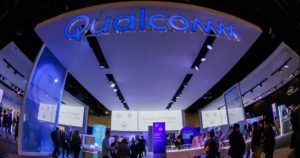 Qualcomm’s top executives say in an explanation of the quarterly figures that about three quarters of the models with Qualcomm processors are equipped with 5G. This is partly because the American processor designer has started to focus more on socs for more expensive phones. Those are CPUs in the Snapdragon 700 and 800 series. Many high-end phones this year have a Snapdragon 888 on board.

Many phone manufacturers have also started to focus on more expensive models, Qualcomm notes. This includes Xiaomi, OPPO, Vivo and Honor, brands that the processor designer all counts among his customers. Qualcomm has to deal with a lot of competition with cheaper socs. MediaTek has been the market leader in mobile socs for a year because of its cheaper products for cheaper phones. Qualcomm is the leader in 5G modems .