WhatsApp will expand its privacy statement with more explanation about what data is collected and what data other parties receive from the chat service. WhatsApp is doing so following the Irish GDPR fine of 225 million euros. The conditions do not change. 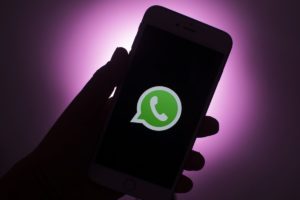 WhatsApp users will soon see a banner with a message about a change to the privacy conditions , according to the NOS . In terms of content, the terms and conditions do not change and users do not have to agree to them again, but adjustments are made to clarify the data collection of the chat service.

For example, WhatsApp will ‘give more details’ about what data is collected and used and what data WhatsApp receives from other parties. It also explains why data is shared internationally and how it is protected. Furthermore, it is ‘explained in more detail’ on which legal grounds data is processed.

The changes to the terms and conditions are a response from WhatsApp to the GDPR fine of 225 million euros that the company received in September from the Irish privacy watchdog. That fine arose from an investigation that started in 2018 and was imposed for not being transparent about what data is shared by WhatsApp with other parts of the parent company Meta, the former Facebook.

It is not known whether the Irish privacy authority considers the changes an improvement. WhatsApp has also appealed the fine, claiming it is “completely disproportionate”. The company believes it should not be penalized by policies from 2018 and claims that it has since gone to great lengths to make the privacy statement clearer.

The fine of 225 million euros that WhatsApp received, came about with difficulty. That was emphasized in an Irish report earlier this year . The Irish regulator would have wanted to settle the case with a fine of between 30 and 50 million euros, but eight other European regulators objected, so that the fine was ultimately higher.